Psychologically disturbed and mentally ill characters have been a staple of Hollywood dramas for many years. While many movies have displayed pretty accurately how mental illnesses work, others have failed big time. Personality Disorders exist wherever people live and are part of our culture. It should come as no surprise that many popular characters in movies and fiction portray some of the characteristic behaviors of people with personality disorders. Though some films tend to portray stereo-typical BPD characters and behaviors, this are some of the movies I’ve found interesting and assertive regarding BPD symptoms and the overall way of living when having Borderline Personality Disorder. 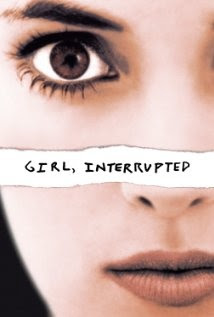 This one is a classic. Girl, Interrupted is based on a true story (Susanna Kaysen’s namesake book). ¨Borderline between what and what?¨, says Susana Kaysen (portrayed by Winona Ryder) when the doctor tells her about her disorder. Though Susanna did not act much like a patient with BPD (well, she has some obvious symptoms), Lisa (portrayed by Angelina Jolie), on the other hand, is a character with more accurate BPD features. The thing with Girl, Interrupted is that it somehow brought the mental illness topic to the table for a whole new audience by casting some of Hollywood’s favorite movie stars like Winona, Angelina and Whoopi. And we have to admit it’s a really good film. Some people say Winona’s character is not a borderline person, but I think she does meet the criteria for having the disorder, just like Angelina’s character. The thing is that they both have different behaviors.

Susanna spends a whole year of her life treating her condition, as well as her mindset. Her life was ¨interrupted¨ unfairly, but that’s all it was… an interruption. She did get better, unlike Lisa, who didn’t seem to want to get better. Yes, this movie portrays BPD -mostly- in a shallow way, but considering it was one of the first movies to even mention Borderline Personality Disorder as a condition, it really does the job.

This drama explores the relationships of a group of individuals who suffer from Bipolar Disorder, Borderline Personality Disorder and Obsessive Compulsive Disorder. BPD symptoms are accurately portrayed in Silver Linings Playbook. In fact, the movie shows the criteria of Borderline Personality Disorder which prove that it is accurately portrayed: fear of abandonment, impulsivity and self-destructive behaviors, extreme emotional swings, feelings of emptiness, explosive anger and being out of touch with reality.

Even though some movies based on mental disorders can go possibly wrong, Silver Linings Playbook is one of the exceptions to the rule. The film does a good job portraying Borderline Personality Disorder even though it is never specified which type of disorder Pat (Bradley Cooper) has and even though Tiffany (Jennifer Lawrence) is undiagnosed, all the symptoms presented in the movie correspond to BPD. The film takes into account that mental illness is a part of society and overall has a positive outlook on it. Personally, I liked the movie, though I’m not a big fan of the ¨happy ending¨. I somehow feel that it incorrectly sent the message that personality disorders will just go away once you find your soulmate and that’s not exactly true.

This movie is based on the book Prozac Nation, written by Elizabeth Wurtzel. The film gives us the opportunity to observe a young borderline female who also struggles with depression. In my opinion, Christina Ricci couldn’t have portrayed this (true) story of a Borderline’s inner pain and chaos more perfectly. Besides having a terrific cast, Lizzie’s affectionate, yet, self-absorbing, controlling and guilting relationship with her narcissitic mother is one of her biggest struggles. Lizzie puts her boyfriend in a ¨savior¨ position (sounds familiar, huh?) and her therapist also has a huge role in the story, actually, Lizzie does get better with her help (and meds, of course). All in all, a great film, splecially for those who grew up struggling with a complicated relationship with their parents.

Now, this one’s different. Alice Klieg, Kristen Wiig’s character is a non-violent, even shaded view of the suffering that BPD can engender. It’s a very self-involved character, which many people with BPD might find offensive. Alice’s features are not all unique to BPD, but after all, the emotional turmoil of psychiatric symptoms as complicated as Borderline Pesonality Disorder, make compelling stories.

One of the things that I really enjoyed about this movie is that Alice is such an unusual movie character, sympathetic in her desire to be loved like Oprah. But… does she provides an accurate portrait of Borderline Personality Disorder? Well, I think she does. I mean, she spends all of her lottery earnings on a TV show about herself (impulsive behaviors), mundane events trigger her big emotions (extreme emotional reactions), she also has a pattern of stormy relationships with her friends and family (she hints a rocky past with her mother) she has a couple of meltdowns, she’s indecissive, she alienates her real friends and she also has sexually inappropriate behaviors.

Usually Hollywood uses portrayals of mental disorders as a touchstone moment for the world to gain awareness about a hidden problem. But in Welcome to Me focuses on hilarity… and the depths of sadness. That’s why I liked this movie, because it’s different.

This movie is a must see. A biographical film about the 80’s supermodel Gia Carangi (portrayed by Angelina Jolie). Many speculated that Gia suffered from Bipolar Disorder and major depression. I agree with the depression part, but I’m almost certain that Gia suffered from Borderline Personality Disorder. The film explores may facets of her troubled personality, including her drug abuse, her obsession with her lover, her bisexual promiscuity, her anxiousness, irritability, depression, reckless and eccentric behaviors, as well as her extreme mood swings. In 1986, Gia was one of the first celebrities diagnosed with HIV. Though I didn’t knew much about Gia, I think this movie is one of the best representations of a female borderline, it’s even more emotionally insightful that Fatal Attraction (Alex, Glenn Close’s character is one of the most accurate portrays of BPD in a movie). There were many diagnosis for Gia’s rapid decline into drugs, and Borderline Personality Disorder was one of them. Even though she possessed a natural feral beauty… there was always something very sad in her eyes and her vulnerability is pretty evident. All in all, it’s a tragic story, no doubt about that and I also think there still are some puzzle pieces missing along her -short- life story.

Not all these movies are cinematic masterpieces, but they do portray accurate BPD characters. There are also other movies with bordeline characters, such as Fatal Attraction (1987), Eternal Sunshine Of A Spotless Mind (2004), Young Adult (2011), Frances (1982), (500) Days Of Summer (2009), The Hours (2002) and many others that I haven’t really seen (they’re on my list though), so I can’t really talk about them. Sadly, it’s also true that most movies and TV shows fail in the attempt to approach mental health disorders, which doesn’t do much to help with stigmas and misinformation. I’ve actually found that the most interesting and resonant portrayals of BPD in fiction/media are those that are either unintentional or just implicit. Characters that often portray the struggles of BPD rather accurately are those that I can remember identifying and simpathizing (some of them are actually villains or even cartoons!).

Last but not least, I have to mention that in most films, BPD characters tend to display the worst traits of the disorder, because… you know, it’s Hollywood. The audience seems to love fucked up characters without even trying to understand the real problem and how it affects people. We definitely need more movies and TV Shows that help the audience understand and introspect mental health the right way. And by ¨the right way¨ I mean provide them with REAL and accurate information regarding mental health topics.

What’s YOUR favorite BPD Movie? Share your opinion with us 🙂

* Do you have a friend or family member with BPD? Do you want to share your story with us? Remember you can write us here. We’re here, contact us! 🙂